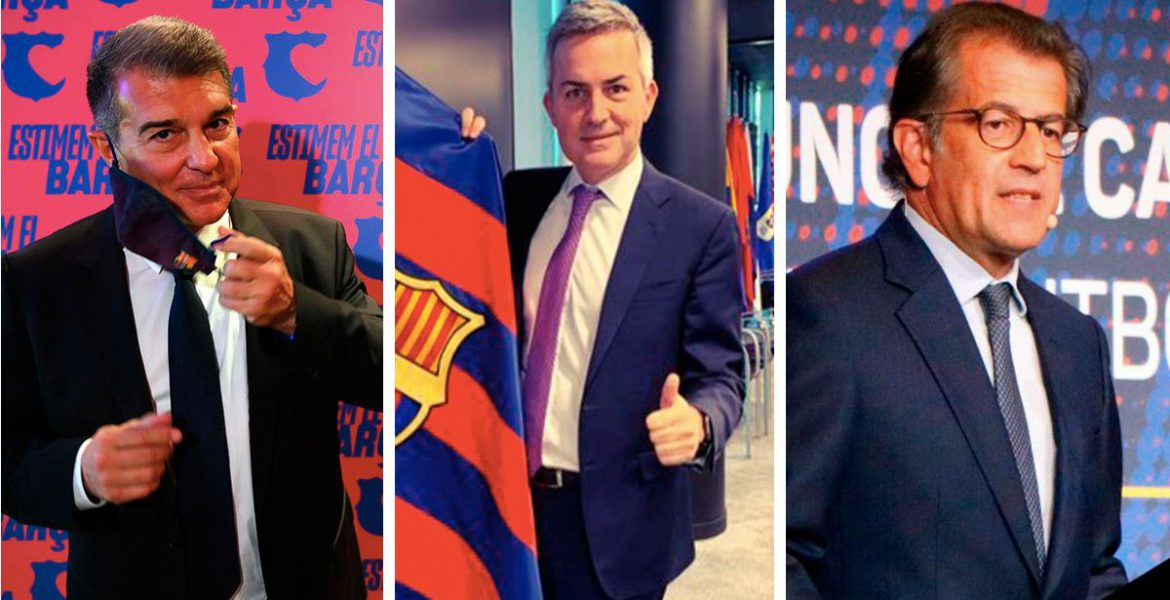 FC Barcelona was formed in 1899 by Joan Gamper. Barcelona falls within the Catalonian region. The region is dominated by Left-wing intellectuals who raised their voices for democracy during Franco’s dictatorship in Spain. Therefore, the left-wing supporters became Barcelona fans as they felt the club is more than a club.

During these 122 years, Barca has won 89 trophies and has seen 42 club Presidents. Till 1975, Barcelona saw a lot of Presidents but that year marked the death of Franco. And it took 4 years for Spain to restore democracy. Therefore, in 1979, Josep Nunez became the first elected President of Barcelona. And from there on started the process of election for the Presidential post.

27th October 2020: The presidential election takes place after every 6 years. And the previous elections took place in 2015 when Josep Bartomeu was elected as the president. But it was in October 2020 a year before the elections that Bartomeu handed his resignation to the club.

28th October 2020: Carles Tusquets was selected as the interim president till the elections happened. It was scheduled to take place on 24th January.

24th January 2021: The elections were postponed due to COVID-19 and were now rescheduled to take place on 7th March. The 3 candidates shortlisted were Joan Laporta, Victor Font, and Toni Freixa.

Election Day And Who Can Vote?

The elections took place on 7th March from 9 am to 9 pm. Keeping in mind the COVID protocols for the first time in history the votes could be submitted online or by post. Or else the members could come physically to cast their votes. Adding on, instead of just one location, there were 6 voting polls stationed at different parts of the city to avoid overcrowding.

Now, let’s address the biggest doubt that many people have is that who can vote? Can people in India vote?

The answer is no, the vote can be cast by just ‘Club Members’ who are also called Socis. There are 4 types of Barcelona supporters.

1. Soci: The individuals or fan clubs who are closely affiliated with the club. Only they hold the power to cast their vote in the elections.

The club currently has 1.7 Lakh Soci or club members. But only 1.1 Lakh can vote for the election due to the following reasons.

How To Be A Soci?

Earlier anyone could become a member of the club by registering with the club by submitting required documents. However, after certain amendments now only those who are in relation to any of the existing members can apply to become a Soci.

2. Penyas: These are the fan clubs who financially support the club, they make huge donations, but are not Soci. They hold a lot of power when it comes to decision-making for the club. Even the pressure that forced Bartomeu to resign was also created by the Penyas.

To become a Penya, an individual must register with the club.

3. Barca Fans: They are the online fan community of the club. These registered fans participate in games and other activities.

4. Culers: Culers are teams fans from all over the world.

Presidential Candidates And Their Manifestos

Earlier nine candidates registered themselves to contest the elections. However, there is a mandatory rule that the final nominees would be the ones who will be able to get at least 10k signatures from the members.

Let’s look at the manifestos these candidates have been promising over these days.

Results And Who All Voted

The voting began at 9 am CET and went on till 9 pm CET, the socio voted through postal cards, online votes, and even cast the vote physically. The Barca management voted and even the players voted.

The live counting began at 1:30 am IST, and at the end of the counting, Joan Laporte won the election by a huge majority by clinching 54% votes.