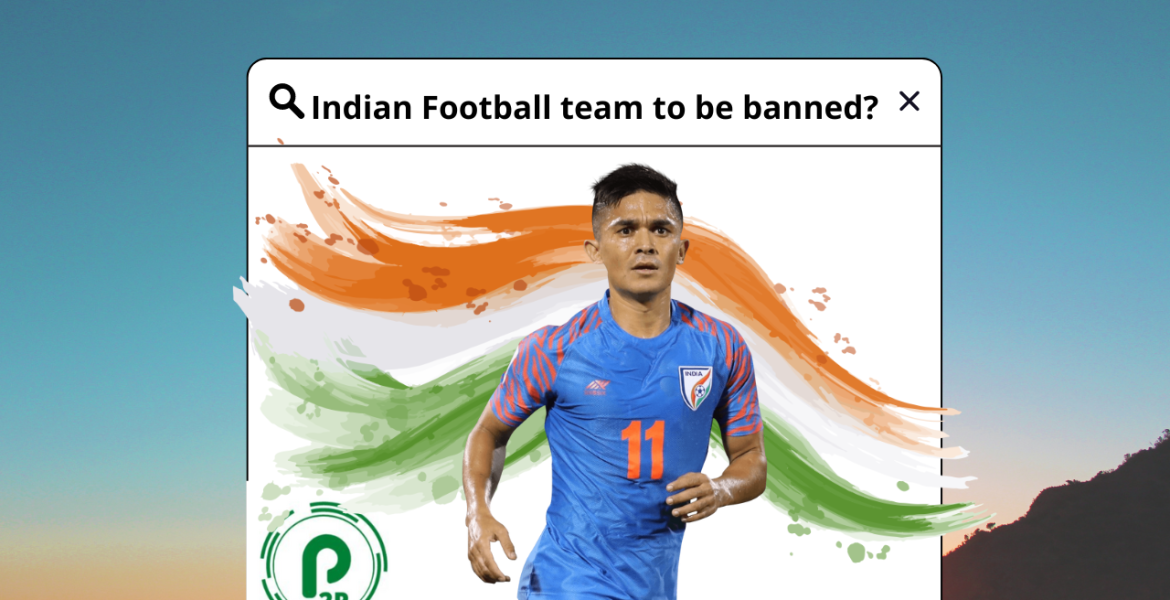 Indian Football on brink of a FIFA Ban ? Here is everything you must know

The FIFA and AFC (Asian Football Confederation) members are present in India. They met with the AIFF members and ISL teams to assess the governing situation of the board and then make their decision on whether to ban India or not?

The Indian Football team is making a lot of news lately. They qualified for the 2023 AFC Asian Cup, their first ever successive appearance in the prestigious tournament. However, on the other hand, there are reports surfing the net about the All India Football Federation (AIFF) hiring astrologers to motivate the Men in Blue.

Although this isn’t the most concerning news surrounding the AIFF. The paramount issue they face is a potential ban on Indian football from FIFA.

The FIFA and AFC (Asian Football Confederation) members are present in India. They met with the AIFF members and ISL teams to assess the governing situation of the board and then make their decision on whether to ban India or not?

Here is everything you need to know about the whole situation surrounding the board and FIFA.

Praful Patel, who served as the AIFF president for three consecutive terms from 2009-2022, was removed by the Supreme Court in May 2022. Instead of holding immediate elections, the Supreme court appointed a Committee of Administrators (CoA) to manage the daily affairs of AIFF.

As soon as FIFA got aware of the administrational changes, they were unhappy as they feared third-party interference. Hence it violates FIFA rules and dangers Indian football’s international status. But why did the supreme court remove the AIFF president?

What happened was that Praful’s tenure as the president was to end in 2020. However, instead of holding elections, he cleverly used a lawsuit in his favour. Then AIFF president Praful Patel moved an application to the Supreme Court a month before the elections to seek clarity on the status of AIFF’s constitution. However, the dates for the hearing got pushed as anticipated by him and resulted in an extended tenure for Patel without holding the election.

However, on 18th May 2022, the Supreme court ousted Praful Patel from his duties stating that the current state of affairs is not in the interest of proper governance of AIFF. And until the next elections, they constituted a committee of Advisors (CoA) to look into the federation’s daily affairs.

FIFA didn’t like the decision, as they felt the CoA led by Bhaskar Ganguly, SY Qureshi, and Anil Dave was a third-party interference.

With no proper president in place, no elections for two years, and CoA members governing an independent body, FIFA might term the decision as ‘third-party interference and ban AIFF.

It has been done in the past when they banned Indonesia in 2014 for a year and Kuwait in 2015. Other governing bodies include Zimbabwe and Kenya.

How can the ban Affect India Football?

What is Next for AIFF?

The FIFA and AFC members decided to assess the situation in India by setting up a physical meeting with the CoA and ISL team members. As per the scheduled date of 21st June. Both the parties met and had a good long conversation.

As a result of the conversation, the FIFA and AFC delegation have rejected the advisory committee named by the supreme court. They cited interference from the panel and asked it to dissolve.

However, a top source involved closely in the process has revealed that the talks have gone well, and a ban is unlikely. He said, “The talks have gone off well,” although the foreign delegation will have another round of chat on Thursday before flying out and announcing their decision.

When are the next elections ?

At present, FIFA believes that there is a third party interference, but instead of stamping a ban on AIFF, they want the governing body to hold the elections as soon as possible. If failing to comply with it, they will face a ban certainly.

Before FIFA’s visit, SY Qureshi, one of the CoA members, said the next elections were to be in September. But after the first round of talks, it feels the dates are likely to be preponed.