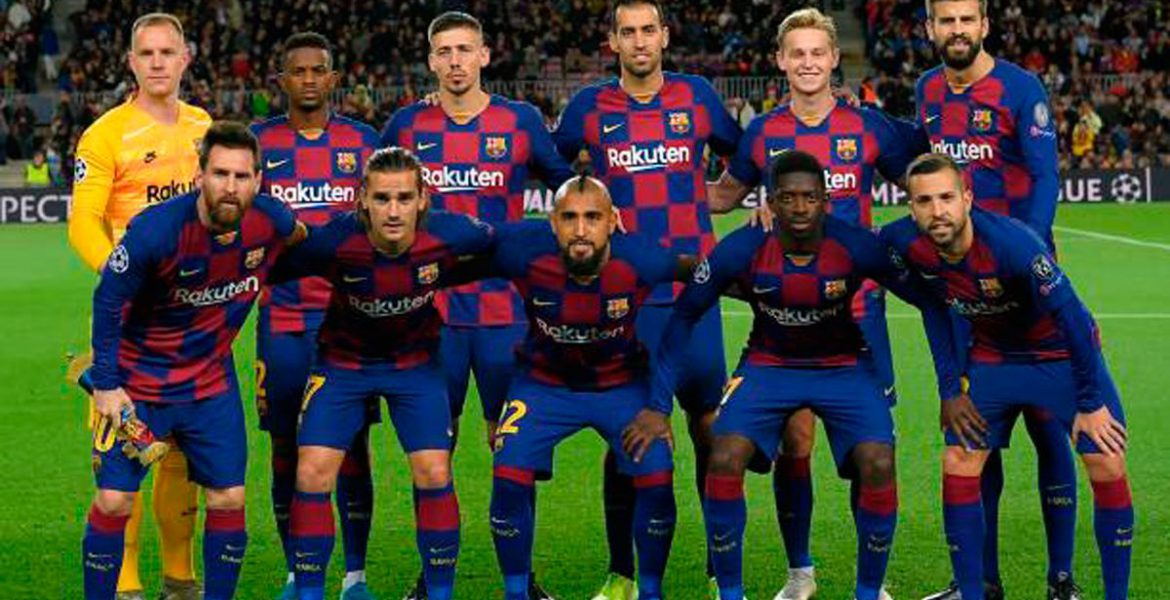 11 Reasons Behind Barcelona’s Decline This Season

The Catalan kings finished their disappointing La-Liga campaign with an away win to Alaves, only to see bitter rivals Real Madrid clinch the title. Barcelona finished 2nd in the league with 82 points, 5 points less than Madrid who topped the table with 87 points.

Barcelona have lost all their domestic competitions this season and their season’s fate hangs on the remaining Champions League fixtures. The last time Barcelona failed to win a major trophy was in the 2013-2014 season. The side then led by manager Gerado Martino only managed to win Supercopa de espana and was sacked the following season.

Its their worst La-Liga season since 2007-2008 where they finished 3rd in the league with 67 points.

Since 2013, Barcelona has have lost the league twice but what makes this campaign a worrying one ? Well there are many factors to look into for Barcelona’s decline.

They just won 82 points out of possible 114 points this season that means they dropped 32 points in form of 7 Draws and 6 losses. To add to their tensions,the standard of the current season was not up to the mark as Real Madrid lifted the title with 87 points ; that’s 3 points less when Barcelona finished 2nd with 90 points in 2016-2017.

So what went wrong for Barcelona this time?

1. Bottling it in away pitches

Barcelona needs no introduction to how lethal they are when it comes to Nou Camp. However,there was an altogether a different version of the team when it came to play away from home. They seemed clueless, out of shape. lack of tactics and slow in movement. They entered the pitch with a defensive approach to the games.

Barcelona have just won 9 out of their 19 away fixtures compared to 16 home wins. Thus clinching only 32 points out of potential 57 points, on the other hand they won 50 out of 57 points at their home turf.

The team started their season with an away loss to Athletic Bilbao in Messi’s absence due to injury. Then drew their following away game to 6th placed Osasuna. Later, in their 3rd away game they lost to Granada which was their 3rd consecutive match without an away win. Thus dropping 8 points in first 3 matches itself. Poor display of football against lower ranked teams in their home ground caused the title to slip out of Barcelona’s hand. The evidence of Barcelona’s decline.

Be it Ernesto Valverde or Quique setien, both the managers struggled in finding their preferred 11 for the season and were experimenting with the squad in each game. Unlike the treble winning year, this year each match saw new pairing which brought instability among the players and the same was reflected on the pitch. The players lacked that flow of play and chemistry as a single unit. Hence becoming a reason behind Barcelona’s decline.

The ball is in safe hands when it comes to goalkeepers as Ter Stegen was one of the best players this season for Barcelona. With Neto as the back up keeper, there isn’t much of a worry for that spot.

However when it comes to defense, there has been a hole in the ship. The defense has been leaking goals since the start of the season and conceded 38 goals by the end of it.

The Right back position kept juggling between Semedo and Roberto, which hampered the chemistry among the defenders. Pique was leading the defense with experience but is ageing, while the young Lenglet was good for them this season. Alba who has a lethal speed is degrading with his pace as the left back is getting prone to many muscular injuries these days.

Barca’s defense is getting old and rusty and needs fresh legs but the reserves on the other hand, be it Aruajo, Firpo and Chumi are too young and inexperienced.

Barcelona has a mixed clustered bag when it comes to mid-field with young promising players like Frenkie De Jong and rising talent Riquie Puig.

But with a shock transfer of Arthur to Juventus, it feels they have dis-balanced their mid-field , with incoming of Pjanic he becomes the 4th player along with Busquests, Rakitic, Vidal who are above 30 , and will be fighting with them for that one vacant spot.

When it comes to attack, Messi has been the captain of the ship and their best player this season but is getting old with 33 years of age. Dembele was injured for the full season which exposed the right flank wide open incase of an injury to Messi.

Suarez is getting rusty and it reflected in his play and had been injured for months. Braithwaite is still sinking in the pressure of playing for the club. Griezmann seemed out of position on the left flank with Fati showing great promise to the club, but has to sit on bench because of big front three.

Barca’s playing style of Tiki Taka has been missing since the departure of Pep Guardiola. The mere deception of possession football as Tiki -Taka has what costed them matches and title.

There was no intent in their possession play, no running on the pitch, no movement of players.No player attempts to put in an interceptive pass in the dangerous area. They just rotate the ball among them thus slowing down the tempo of the game.

The aggression was missing in the players this season. The link up between Messi – Alba was not anywhere to be found. The Messi- Suarez connection also started to fade.

Having a player like Messi is a blessing for any team but solely relying on him is something Barcelona were doing wrong the whole season. The players just seek to pass to him once they receive the ball which becomes very predictable for opposition to anticipate the movement.

Hence they miss out on other better available options which could have led them to a goal or a chance. Messi this season dropped deep to draw 3-4 players with him to create space for other players, but teammates failed to utilize those opportunities and would still wait for him to take the ball on to his feet and create magic.

Messi played 33 matches this season and contributed 53% in Barca’s goal tally this season.

Barcelona are running a one man show

The players are ageing thus resulting in many injuries to the squad. They exhaust themselves playing full 90 minutes. Their legs are getting slow and needs rest.

Out of 24 players who played for Barca this season ,8 players are above 30, which includes regular starters such as Lionel Messi, Pique, Busquests ,Suarez. Thus age contributes as a reason behind Barcelona’s decline.

Barcelona got dented with crucial injuries multiple times this season. Messi missed out on opening 5 fixtures of the season, the early defeats in his absence proved out to be too costly for Barcelona.

Injuries to players like Suarez, Alba, Umtiti occurred at the most crucial stage of the league and young Frenkie de Jong’s injury came at a very wrong time for them . These injuries exposed Barcelona’s weak positions and left them with humiliating results and a reminder to strengthen the team. Injuries have been an important factor behind Barcelona’s decline.

Be it Barcelona or any team in the world, having a managerial change in mid season always impact the rhythm of the team as well as the players. Players start feeling anxious about their position in the team and whether they are in the managers list or not.

Ernesto Valverde started the season as Barcelona’s manager but was sacked mid season on 13th January 2020. This made way for Quique Setien to lead the team for remaining season.

Fans and the club were expecting Setien to revive the old Barcelona fluent passing style,though there was an initial spark of it but with time the spark faded. Inconsistency in managerial charge has also lead to Barcelona’s decline.

If you look at Setien’s stats they are almost identical to Valverde’s and thats not something the board signed him for. The major reason of a mid season manegerial change is to bring immediate impact to the side and improve the results,which Setien failed to do so. Thus the league position has put Setien’s job under scrutiny.

Does Barca need a Pep ?

When it comes to transfer market, Barcelona have a different reputation than other teams. They are known for promoting their academy graduates and not going after the big players, which they failed to do in previous season .

Despite La Masia talents such as Ansu Fati and Riqui Puig made their way to the team this season, Barcelona still focused on signing players from other leagues for a hefty amount. Barcelona brought in players for the already crowded positions like mid-field and ignored the defensive position and striker.

Barca was sitting on top of the table before the League got suspended due to Covid -19. However their return to the league was a forgettable one .

They played 11 matches post lockdown, winning 7 drawing 3 and losing 1. Hence dropped 9 points and clinched just 24 points out of potential 33. This has been an unpredictable and unintentional reason for Barcelona’s decline.

The importance of La Masia has declined over the years . The board has not given the due recognition to the academy. The fact that La Masia graduates have to prove themselves by performing in other team on loan terms is worrying . Hope the board understands the worth of its academy.

While mentioning on the pitch issues, its also necessary to look into internal issues. News hit the media that players are unhappy with the functioning of the board in charge, with Messi publicly talked about Sporting Director Abidal tarnishing and sabotaging the image of the players.