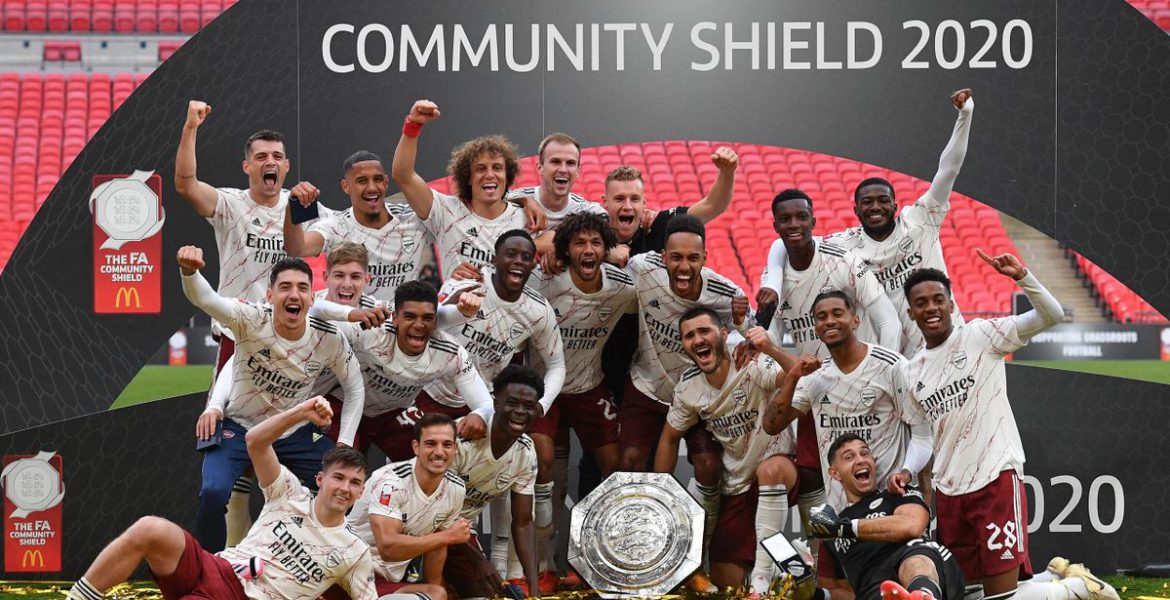 Arsenal F.C : A Club was born and its history

Arsenal is the most successful club of London, since the beginning of English football. They have won 46 trophies to their name followed by Chelsea with 31 trophies.

The club is worth above 2 billion and are the 11th highest earning club in 2020. But do you know how the club was born and its history?

It was October 1886, when 15 manufacturing workers of arms and canons for British army decided to start a club. They worked at a place called Royal Arsenal based in old Woolwich. Royal Arsenal carried out arms manufacturing and thus those workers built a team called
‘Square Dial‘. The name was kept in reference to the sun dial on the rooftop of the tower they worked for.

Square Dial was renamed as ‘Royal Arsenal’ soon after formation of the team. The name was inspired from Royal Arsenal, the company for which those workers worked for. Their first home ground was Plumstead, but soon shifted to Manor ground in 1888. Later they shifted to another ground before finally returning back to the ground 3 years later .

Fortune turned in favour of Royal Arsenal as they were invited by the Football League to play in the Division 2 in 1893, thus the club went through major up gradations. One of the major change was that they renamed the club to Woolwich Arsenal, as a homage to their district Woolwich in which the club was started.

While playing in 2nd division, the club faced financial problems due to professional expenses and maintenance. They couldn’t even compete for the title as a result they had to sell of their top players to stay in the league .

Another prominent reason for club’s poor performances was their geographical feature. They were the only professional club from south London playing in professional league and had to travel miles to North London for away fixtures.

A major breakthrough came for the club when they got promoted to First league in 1903 after playing 2nd division football for 11 seasons.

Due to ongoing decline in financial situations the club almost went to bankruptcy. However, Sir Henry Norris bought the club. Sir Henry observed that the reason for the club’s failure was their geographic location. Thus he decided to shift the club’s base from South London to North London.

In 1919 club dropped ‘The’ from their name and were called as what we all know them today as Arsenal F.C.

Having a new club in their locality with a more fancier stadium wasn’t the only reason that ignited the rivalry between Arsenal and Tottenham, but instead it was the 1919 league season.

Arsenal got relegated in 1913-1914 season from 1st division and was demoted to the 2nd division.In the following 1914-1915 season Tottenham finished last in the league and were supposed to get relegated to division 2 alongside Manchester United and Chelsea respectively.

But soon after the world went into a World War, football was suspended until 1918. When the new season was about to resume, the footballing committee decided to expand the 1st division by 2 spots to 22 teams.

Thus Manchester United and Chelsea got lucky and were saved from relegation due to increased spots. But the most controversial incident happened that time when Arsenal who finished 5th in 2nd Division in that season were promoted to Premier League by the committee.

The ideal situation would have been to promote 3rd placed Barnsley to first division but instead lower ranked Arsenal’s promotion sparked the controversy. But it is said that Arsenal owner Henry Norris who was close with the chairman of Football committee, got Arsenal promoted back in league by unfair means. The committee promoted them on the basis that they had been present in the league for a long time .

This news of controversial promotion of their noisy neighbors and relegation of Tottenham happened at the same time in London and this didn’t went well with the spurs fan. Thus led to the origin and rise of the great North London Derby.

Despite being in top flight football for many years, Arsenal couldn’t make it to the top and were unsuccessful in winning major trophies. That was until 1925, when Herbert Chapman stepped in.

He is also known as the man who formed Arsenal. He brought massive changes within the team starting from introducing new training routines to introducing shirt numbers.

The major change he brought in Arsenal was revolutionising the style of play. He introduced the WM formation, which was an immediate success and his style of play was unmatchable at that time and led the club to multiple glories.

Chapman won 6 trophies under his tenure with Arsenal in 9 years from 1925-1934. He was the pioneer of modern Arsenal and started a legacy and managers like George Allison, Tom Whittaker, George Graham and Arsene Wenger continued that legacy.

Arsene Wenger is the longest Arsenal manager. Wenger managed Arsenal for 22 years and won 17 trophies in his regime with the club. There was a change in Arsenal’s game style as he showed faith in the youth .The boss established possession based football in Arsenal and it became a hit. In his tenure Arsenal moved to new stadium in Highbury itself called as ‘Emirates Stadium.’

Arsenal under his management won the league in 2003-2004 without loosing any match and were called and nicknamed as ‘The invincibles’.

Talking about nicknames do you know why Arsenal are called Gunners?

The adoption of the name dates back to 1886, when the club was formed. Because the workers who formed the club used to work for arms manufacturing company, they started calling themselves as gunners and even their club badge features the cannon .

Arsenal is known for their famous Red and
White kit , but how did the colours evolved ?

The Royal Arsenal team in 1887 asked one of its players to arrange the kits for them and he happened to be a former Nottingham forest player. Thus he asked his former teammates if they could arrange some spare kits. This led to the famous red color for Arsenal .

Herbert Chapman introduced the white sleeves to the Arsenal kit.