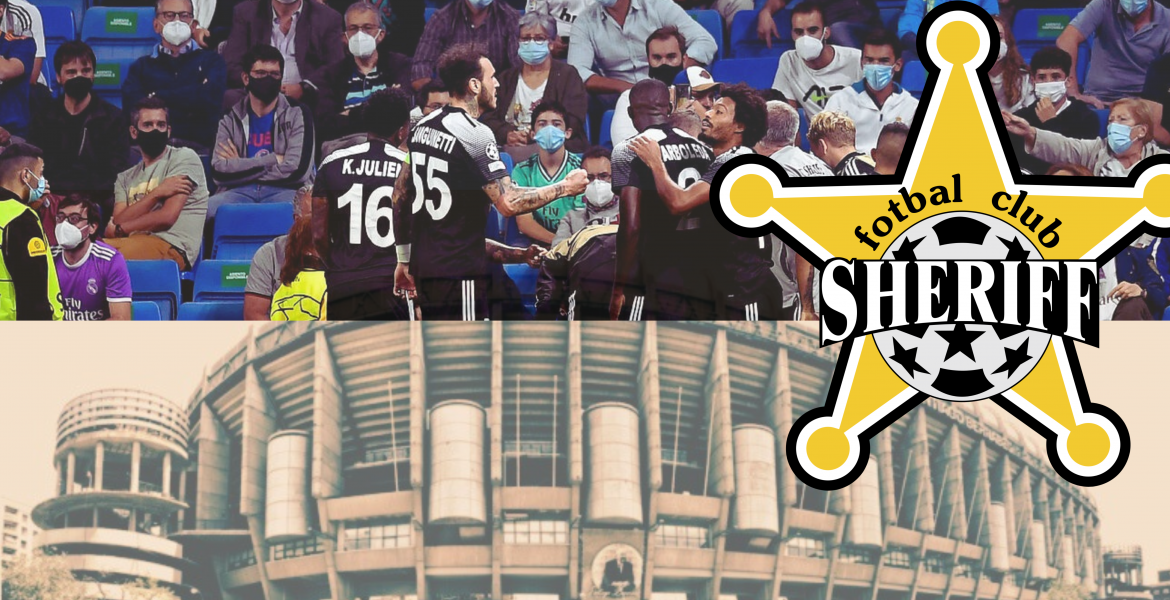 FC Sheriff has caught the news after their historic victory against Real Madrid. A lot of small teams have surprised big clubs in the past and then disappeared. So is FC Sheriff’s victory a fluke or are they special? Find out about FC Sheriff: The Champions from an unrecognized state.

It is obvious that they were the champions of their domestic league, hence they are in the champions league. But is there something really special about the team that reflects in the history of the club? Apart from defeating Real Madrid 2-1 at Santiago Bernabeu?

The answer to the origin of FC Sheriff lies in Moldovian history. Moldovia was formed in 1992 after the Soviet Union dissolved. Although the controversial region of Transnistria, which is considered to be a part of Moldovia by the UN, remains as an independent state not associating with Moldovia, their independence is not recognized by the UN either.

The reason for such is that Transnistria consists of a Russian majority whereas Moldovia leans towards Romanian ethnicity. Hence, they prefer being annexed by Russia similar to Crimea.

Transnistria on the other hand, has its own currency, government, rules, and regulations, and its largest city Tiraspol is where FC Sheriff originated. As a matter of fact, teams from Transnistria have to play in the Moldovan league.

The club originated in 1997 in Tiraspol known as Tiras Tiraspol. But a year later the club was taken over by Sheriff, the 2nd largest multi-sector corporate in Tiraspol, for comparison purposes It’s similar to Reliance industries in Tiraspol.

Results And Past Performances

The wasps (their nickname) made their league debut in the 1998-1999 season. And since then they have won 19 league titles out of a possible 23. This is something about a team and their recent results in the champions league cannot be a fluke or a one-time wonder.

The Sheriffs pushed their limits each year and failed to reach the group stage Champions League. They were constantly giving their best in the qualifying rounds and even made it to the Europa League group stages multiple times.

Their hard work got its due result this year as they made it to the Champions League group stage and how they defeated the likes of Dinamo Zagreb and Red Star Belgrade.

When we thought this was their peak point, they surprised even more by not just defeating Madrid but also Shaktar Donetsk. They are currently sitting at the top of the group.

Whatever may the future results hold for them, but glancing over their struggle and past results, FC sheriff is a team you cannot write off.