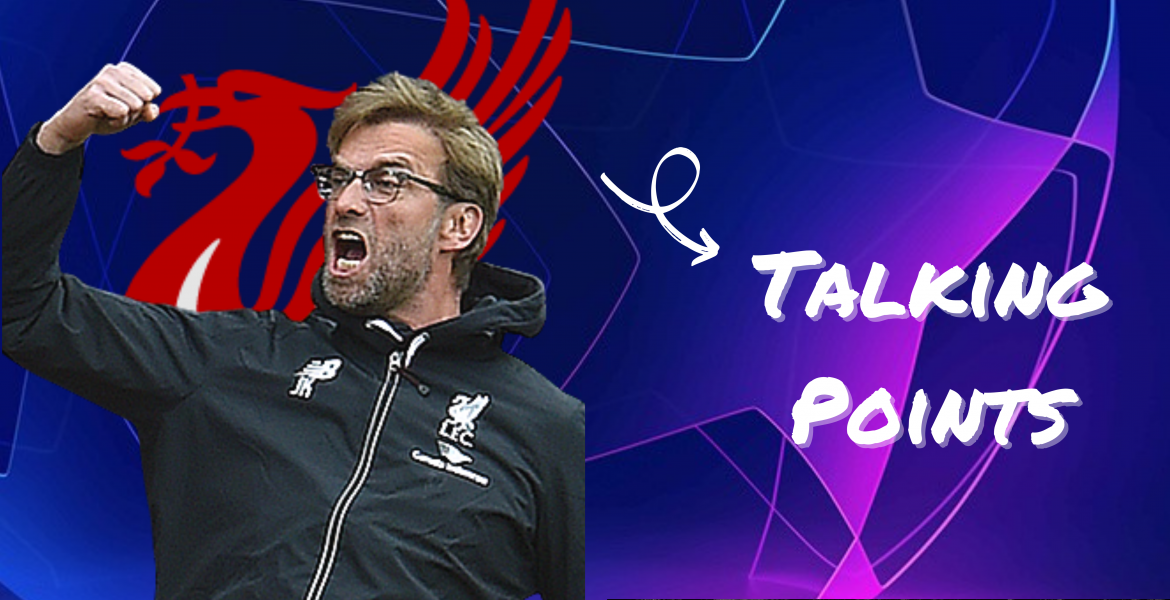 Liverpool secured a fancy 5-1 victory on their away trip to Porto. The reds secured the top spot in group B with 2 wins in their 2 matches. This win will be a morale booster for their upcoming fixture against Manchester City Sunday.

Liverpool was an all-out attack at the Estadio de Dragao, they took 21 attempts at the goal in comparison to 6 for the home side. Despite these stats and the victory, there are other talking points from the match that needs to be discussed.

Liverpool has one of the best full-back duos in the world, but injury seems to haunt them and this time it’s Trent Arnold again. The 22-year-old didn’t fly with the club due to tightening of the abductor muscle in the training session.

The injury scare isn’t serious but the player could be out for their crucial tie against Manchester City and even world cup qualifiers for that matter. However, his absence was not felt in the match but Liverpool would be praying for his early return to the first team.

Liverpool had a fixed starting XI in the 2019-2020 season but the scenario changed last year as the team became predictable and then Wjinaldum left this season, leaving the midfield a bit exposed. But Curtis Jones gives the promise to end that deficit.

The player seems to be the perfect guy to start regularly for the reds in the midfield along with Fabinho and Henderson. With Elliott out for a long time and Jones consistently giving good performances, looks a good sign for the manager and the club.

Jones played brilliantly yesterday and gave 2 assists at a crucial time. The way he carried the ball forward and looked for chances, it’s fair to say he increases the attacking prowess for Liverpool.

Firmino who was sidelined due to injury seems to be losing his place to Diego Jota, as the latter is in great form and Firmino’s injury did worse for him, but on his return to the side as a substitute, he shook the critics with 2 goals, although the goals came pretty easy to him, it was his presence of mind and great positioning that lead to the goals.

Hence Firmino seems to have done his job to get into Manager’s head and force him to think about his options to chose Jota or him.

Milner is a beast and 35 years old, usually, these 2 things are not heard in football, but Milner is such a player. This guy is a manager’s favorite, he can play anywhere the manager asks him to.

During his 6 years at Liverpool, Milner has played as a Midfielder, Winger, Left back, and yesterday in absence of Arnold he played as a Right back and gave a praiseworthy performance. Even his Wikipedia page reads Midfielder/Winger/Fullback.

Milner was brilliant as usual, he even assisted the second goal to mane which equals him to Gerrard’s record of most assists in the Champions League for Liverpool(12).

It was a night to forget for Porto as they conceded 5 goals on their home ground. Porto had raised their bar after reaching the quarter-finals last year and even holding Atletico Madrid to a draw in their previous match. But things didn’t turn well for them as it was a display of defensive horror.

With teams such as Porto in the champions league, in all fairness to them, they are the least favorites against attacking teams such as Liverpool themself and in such case you rely on your defense to hold your opponents, and they have done it in past too, but yesterday there were just too many defensive errors that manager would look back at the training ground.

Porto was also without their main defender Pepe, the 38-year-old is indeed line wine, at this age he never fails to impress, but his injury saw him at the sidelines.

To watch the highlights of the match go to Sony Liv