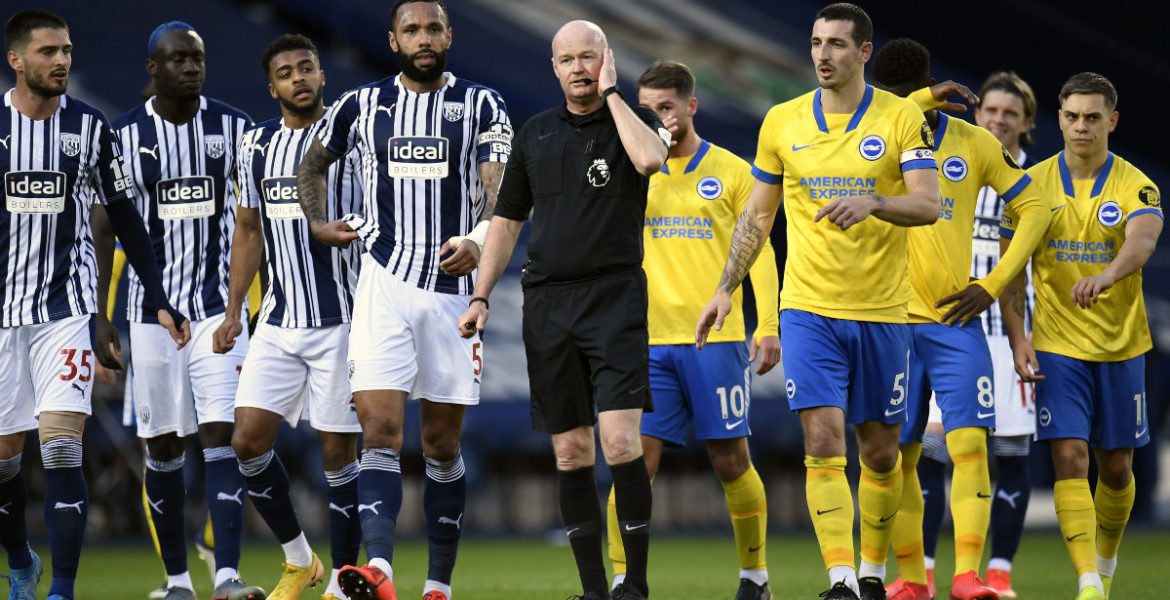 The Premier League has a referee group called ‘Select Group’ where the referees officiating in the league are registered. The select group consists of 19 referees and Lee Mason is one of them. Hence, the 49-year-old has to be a good referee to be given a place among the groups. But let’s recall the recent controversy surrounding Lee Mason.

Lee Mason was officiating the match between West Bromwich Albion and Brighton. When in the 28th minute Brighton was awarded a free kick near the box. However, while the goalkeeper was setting up his wall, Mason appeared to blow his whistle allowing Brighton to take a quick freekick, which they did. And when the realization struck the referee that the keeper wasn’t ready he blew his whistle again, thus disallowing the goal. But there is a lot more to the story.

Mason first disallowed the goal but then overturned his decision in Brighton’s favor as he thought he blew the second whistle when the ball went in, but upon consultation. With VAR the decision was again overturned as the goal stood disallowed. This incident sparked a huge controversy as to whether Lee Mason deserves his spot in the premier league and the ‘Select Group’. Referees are humans and they tend to make mistakes but also it is what they are getting paid for. To be focused and dictate the game. However there was not just one but many errors by Lee Mason, and let’s have a look at them.

It’s not the first time that Mason is surrounded by controversies. Past events include when Wolves manager Nuno Espirito openly criticized Lee’s ability to officiate in a premier league match, to which the wolves manager had to pay a hefty fine for his choice of words.

Another major incident includes when he wrongly disallowed a goal for obstruction between Bournemouth and Cardiff City in 2015. When Cardiff City goalkeeper in an attempt to clear the ball hit Willson’s back and the ball went to goal, the goal was disallowed due to obstruction. After the match, the referee was heavily criticized for his decision as even a layman could tell that it was a fair goal.

The aftermath of the recent controversy hasn’t been nice to Lee Mason. As apparently he has not been included in the upcoming referee’s roster list due to a calf injury.