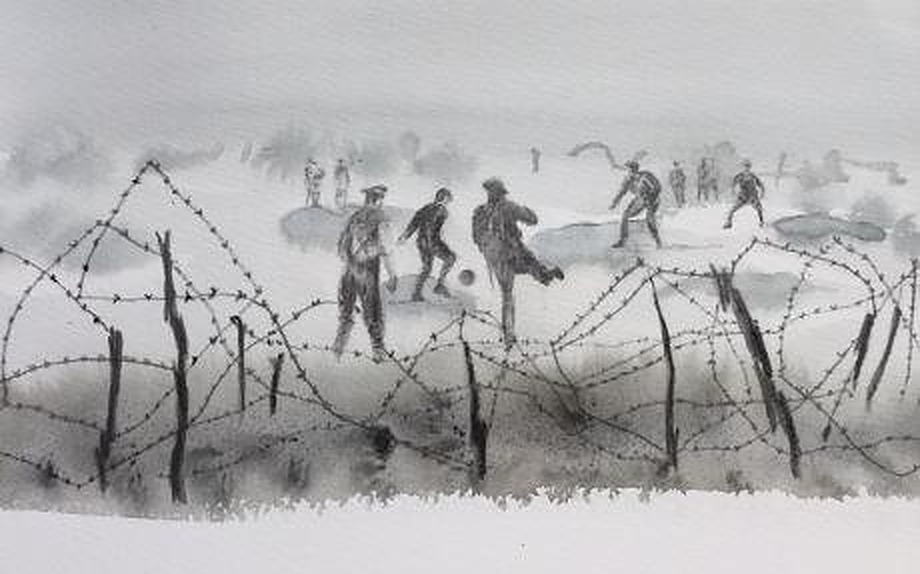 6 Countries That Cannot Play Together

Football is a sport that does not see language ,caste ,sex and race. But sometimes it was required to see the religious and political aspects. On one hand the governing body’s job is to keep politics away from sport, while on the other, they also have to keep in mind the safety of the teams, fans and the players. Hence a few countries can’t play together.

As per FIFA and other governing body, there are some countries who cannot play with each other as political unrest among the nations make the players and team vulnerable.

But which countries are not allowed to play
together?

Ukraine is Europe’s 2nd largest country which shares its eastern borders with Russia. It emerged as an independent state in 1991 after the collapse of USSR .

Ukraine faced pressure and threats from Russia with stoppage of gas supply and trades if they shook hands with European market. President Yanukovych the then President was a Pro-Russia ideologist. He turned down the agreement and supported Russia. However this failed deal resulted in massive protests in Ukraine .

The protests grew and resulted in toppling of the government ,with Yanukovych fleeing to Russia. The Russian government were monitoring the situation. However, their next move worsened their relations with Ukraine till date.

However during the 2013 protest, Russia feared that they might lose their control over Ukraine, and thus they forcefully captured Crimea .

On February 2014, Russia sent an army to mark Crimea as part of Russia. Ukraine and the rest of the world condemned the illegal capture of Crimea . To which Russia responded by stating that Crimea has been integrated to Russia by people’s choice .

Crimea has a majority of Russian speaking people, thus majority of the population voted in favor of joining Russia. and another factor being Russians pointing guns to their heads.

The tension between two countries further escalated after Russia shot down Malaysian Airlines Flight 17 while it was flying over Ukraine and also reportedly shot an Ukrainian Air Force plane, resulting in loss of lifes.

Thus UEFA took the decision to not draw Ukrainian teams and Russian teams together keeping in mind the Civil unrest and Annexation of Crimea.

Ukraine and Russia are one of the most infamous countries who can’t play together.

Kosovo had been a part of Serbia, until 2008 when it declared its’s independence from Serbia. However, Serbia refused to recognize Kosovo as an independent state. International Court of Justice heard the matter, and Kosovo was declared free from any violation of international law.

Remember when former Arsenal player Henry Mkhitaryan had to miss Europa League Final held in Baku, Azerbaijan? The country did not allow Mkhitaryan to enter the country. As Armenians can’t go to Azerbaijan and Vice Versa.

The reason for both the countries hating each other lies in the region called Nagorno-Karabakh.

Before splitting into Armenia, Azerbaijan and Georgia , they were part of Transcaucasia Federation. After the World War, Soviet Union incorporated the three counties with them and later formed as independent states in 1991.

The ties worsened over ethnic clashes, Armenia bringing its troop in Nagorno-Karabakh and Azerbaijan placing its troop close to Georgian Border.

Infact the hatred is at a different level. During the Europa league final ,in which Mkhitaryan wasn’t allowed to travel to Baku , a fan was stopped by the police for wearing his Shirt.