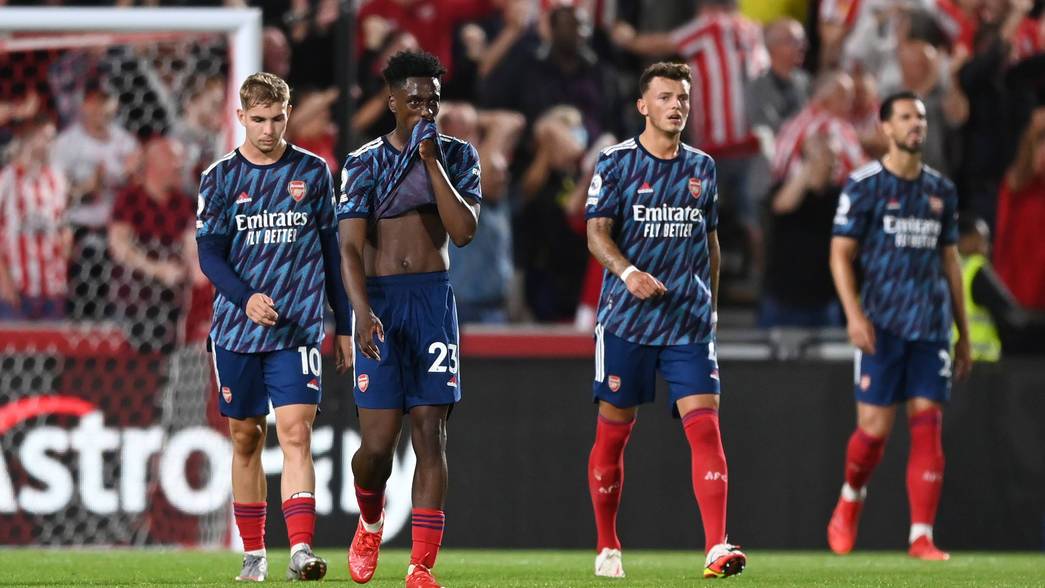 If you fail to plan, you are planning to fail.

The Premier League got underway with the newly promoted Brentford taking on the visitors Arsenal. However, the debutants stunned the gunners after taking their first-ever points in a 2-0 win.

Arsenal was struggling hard last season and finished 8th. This resulted in immense pressure on Arteta and the squad to come back strong and with a better squad. Unfortunately, neither of them seems to be likely in the foreseeable future.

The moment Arsenal stepped onto the pitch, there was an unsaid feeling among both the sets of fans that visitors would bottle this Arsenal vs Brentford match. Whereas the odds were favouring the gunners. They were the clear favourites on paper and documented track record of both clubs.

There are a lot of areas that need repairing such as managerial issues, tactical absentee, squad depth, and winning mentality. To start with, it will be fair to point out that the atmosphere of the ground did the trick for Brentford. The fans were back and the ambience was electrifying.

How can a top team competing for the title let a team like Brentford press them? And win the ball so easily from the 1st minute? That surely is what differentiates a champion team from the rest.

Coming to Arsenal’s miseries, talks are happening Arsenal suffered as it missed Aubameyang, Lacazzate, Partey, and Gabriel. Their presence would have made a difference to the results. But as also some of the fans correctly pointed out, they were their last season too, yet they finished 8th. Wasn’t that enough to call for changes, new tactics and squad depth?

A lot of top champions teams are capable of fielding their option B team. And still, look for points against lower-ranked teams.

Balogun and Martinelli were ineffective in front of the goal. Although a promising display by Smith- Rowe led Arsenal to create a lot of chances but again they failed to score in the 22 shots they took. For Arsenal vs Brentford match, they conceded 2 goals in just 8 shots that Brentford took.

Defending was in shambles, a big-time disappointment for Arsenal. The club needed new signings and certainly, they are not in the right direction. Despite the inclusion of Ben White, Arsenal are way weaker in their right back and another centre back option.

Pablo Mari had a forgettable night yesterday and he needs to improve otherwise this could prove to be a downhill of his career. Another issue that Arteta should have solved during the midseason is who would be his prefered right back. Arsenal has Bellerin, Cedric, and yet they went for Chambers, who needs to take a portion of responsibility towards those goals.

Why not Bellerin at right-back? Once Gabriel returns, maybe White and Gabriel at the CB position and Tierney at the right-back. They need to protect Tierney at any cost.

Almost 2 weeks are left in the markets, Arsenal needs to go strong in the window. Otherwise, they are losing their fans temperament. They need to pursue hard for Abraham, similar to what Roma are doing. More importantly, Odegaard needs to be signed permanently to open creative options in the midfield. Although it is very unlikely that they would go for Trippier this late. However, it is better to cash in rather than see the wrath of the fans at the end of the season.

Arteta is under scrutiny. He has failed to impress the fans post FA cup success, and needs to come up with something urgent. Fans are unhappy with him as he lacks creative inputs and tactics. Another point that struck the fans’ minds while going through the lineup yesterday is why did he exclude Saka? The boy is a wonder kid and when you have a player that other teams are the envy of and is capable of creating wonders of the pitch, why would you bench him?

Arteta needs to put on his thinking suit. Else it won’t come as a surprise if there is a managerial change mid-season.

Nevertheless, some of the positives from the Arsenal vs Brentford match were Tierney and Smith- Rowe. They are key assets for the team but just relying on them and creating every chance through their channel is very predictive.

Arsenal faces Chelsea and Man City next, and these 2 fixtures can either really put them on a pedestal or can see empty stadiums despite the regulations being lifted.